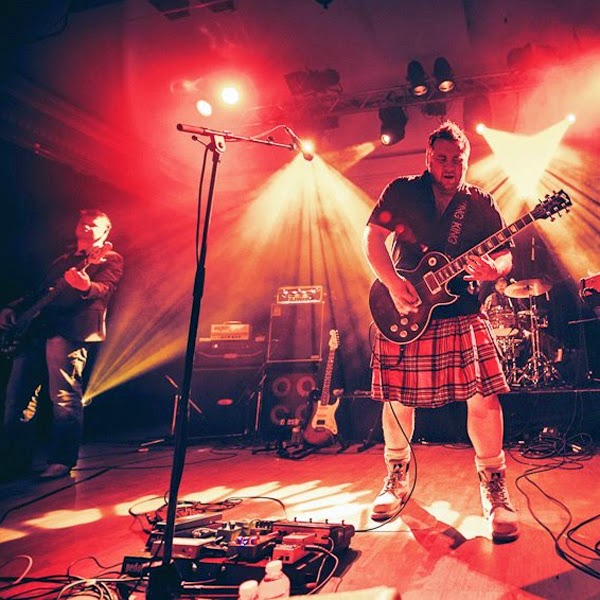 Visitors to John Mayall's 80th anniversary concert at St David's Hall this week are in for a treat. Not only will fans be treat to music from John's new album "A Special Life" but they will also get to see an opening set from Scottish bluesbreakers King King.

"Obviously the crowd will be there to see John Mayall," says Alan Nimmo of the band, " But I hope we get a good chance to impress with our short but sweet show. We're doing about 40 minutes. There’s an energy to the show and to the performance."

"Its natural, it’s real and every part of it is meant. I'm doing this because, I love doing it and not because I want to get anything else from the business it’s who I am what I am hopefully that passions going to come through."

Alan who plays guitar and sings vocals has already been a popular draw on the touring circuit for many years as a member of The Nimmo Brothers, with whom he met King King bassist Lindsay Coulson.

"Lindsay played with the band for four years and we stayed in touch after that," says Alan, “We had some idea in mind to do something together. We ended up just visiting each other all the time. I was in Glasgow, he was in Lincoln. We thought we'd go out and have a beer and pay for it by putting a gig on for our mates, then we thought why don't we do this properly because we had the same visual ideas how we would like to progress. We always agreed on what the way forward for us was best and wanted to give it a try. That’s probably just over five years ago now."

The band which also consist of Wayne Proctor and Bob Fridzema have picked up several accolades along the way including 2014  British Blues Awards, not least ‘Best Band’ (for a third consecutive year) and ‘ Best Album’ for 2013’s ‘Standing In The Shadows’. They have recently completed work on their third album due for release early next year.

Alan and the band are looking forward to playing alongside John Mayall at next week’s Cardiff show," I've been a John Mayall fan for as long as I can remember," says Alan, " Obviously the Beano album is one I grew up listening to and that’s how I got into Peter Green as well."

King King themselves are set apart from most contemporaries by their on-stage appearance. Scottish through and through, Alan will be seen proudly wearing his kilt on stage, "Hopefully they won’t get too scared by looking at some large barbarian in a kilt," he laughs, "I'm just hoping they going to be pleasantly surprised  hopefully there will be some people who know who we are. We want to gain some new fans, we want to show the audience that there’s quality music they might not have seen yet.