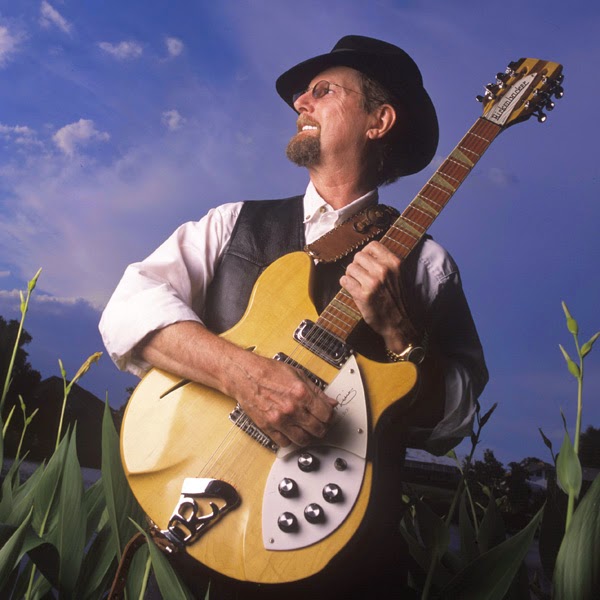 Legendary former Byrds front man and founding member, Roger McGuinn visits Cardiff as part of his current UK tour next week. 2015 will see the fiftieth anniversary of The Byrds arrival in the UK following them topping the charts with the Bob Dylan composition Mr Tambourine Man.

“It was a big thrill back then,” remembers Roger, “I got to meet the Beatles, and Paul McCartney took me for a ride in his Aston Martin DB5 all through London. The next night I got to meet him at his private club and we hung out together. I remember going to a party with the Beatles and the Rolling Stones and it was incredible.”

At the time The Byrds were storming the charts with defining songs like Eight Miles High and Turn, Turn, Turn. Such songs would become classics of the new folk rock sound. The Byrds first visit co-incided with a visit to the Top of the Pops studio in London to perform their hit All I Really Want to Do, “There were screaming girls,” says Roger; it was just like A Hard Days Night!”

The Byrds had formed only a year earlier, “I was working at the Troubadour folk club in LA and I’d been listening to the Beatles,” I loved what I was hearing, so I tried to take folk songs and make them sound more like a Beatles song. Gene Clark came along and he liked my approach. He said “lets write some songs together" so Gene and I started writing songs and then David Crosby came in and started singing harmony with us. He introduced us to Jim Dixon who was a producer/engineer in Hollywood and World Pacific records, Jim kind of put the whole thing together and got us a bass player and a drummer and a record deal. It all fell together after that.”

McGuinn's trademark Rickenbacker 12 string sound has influenced generations of musicians although he admits another Liverpool band besides The Beatles were also influential to The Byrds sound. “The Searchers were definetely an inspiration,” he says, “they did Needles and Pins and that dee dah dah dah sound that we used in a Gene Clark song, I’ll feel a Whole Lot Better When You’re Gone.”

Another Byrds classic The Bells of Rhymney, will also come to life when Roger plays Wales next week, “When we are over, we go, oh there’s Cardiff, there’s Rhymney , Swansea, all the towns are mentioned in the song,” he laughs.

Although the original Byrds eventually went their separate ways, Roger has continued to record and tour as a solo musician. This year saw the release of his most recent project ‘Stories, Songs & Friends, a live recording where Roger takes the audience on a fifty year journey through his career, “it was recorded for my mother,” he tells me, “She had broken her hip and was turning 102. We wanted her to hear the concert but she was in bed so we recorded it with 8 microphones as a high fidelity recording. She got to hear it and lived to be a 102 and three days. After she passed on, we listened to the concert and it sounded pretty good so I thought, “You know what? Lets release it and so we did.”

His latest show will draw from his huge back catalogue, including his Grammy-nominated project, Treasures From The Folk Den, his critically acclaimed 4 CD Box Set, The Folk Den Project. and 22 Timeless Tracks From The Folk Den Project. “I’m just solo by myself,” says Roger, “I don’t know if you ever saw Pete Seeger, but he would come out and play a banjo and a 12 string guitar and tell stories and that’s what I do between the songs. I’ll be doing a bit of everything some of the hits from the Byrds some songs from my solo albums like Cardiff Rose, Back from Rio and some songs from my folk project which is coming up for 20 years putting songs up on the internet for free download.”

I ask Roger if there’s a big difference to performing live as a solo artist as opposed to been in a band? “well its something you have to get used to,” he replies, “When you’re in a band you've got all these other guys up there too and they'll back you up. You can stop playing for a minute and the music will still go on, but when you’re solo you have to carry the whole thing by yourself and its a bit more pressured. I've been doing it for thirty years, its a lot of fun for me now.”